XENON with CSIRO has collaborated to develop the XENON/CSIRO GPU Computing Support Program, aka Student Bragger which provides compute nodes in support of research projects and GPU computing in Australia. We are proud to present our first research paper: 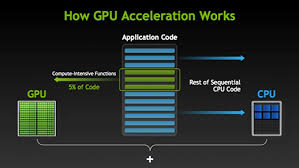 In this paper we introduce the first robust control for continuum robots that are modelled by Cosserat Rod theory. Constituted from deformable elastic backbones, continuum robots are highly nonlinear and complex. Current control approaches tend to overcome this obstacle by adopting assumptions to the robot’s structure aiming to develop models that are both accurate and applicable for real time control applications. The drawback of such approaches is that maintaining those modelling assumptions restricts the robots expected performance. Here, we overcome the drawbacks by utilizing a dynamic model based on Cosserat Rod that is free from those assumptions and capable of accommodating the backbone general deformations. This general model has not been used in robust control design before as it is computationally expensive to simulate and be used for real time control applications. In this paper, we solved the expensive computation problem by employing a sophisticated numerical method known as the Generalized- α method. For the control part, a robust controller is designed based on sliding mode. To avoid drastic changes in the actuating tension, control input saturation is considered in the design process. Simulation examples are included to verify the effectiveness of the proposed design.

What Is an Insider Threat Program?